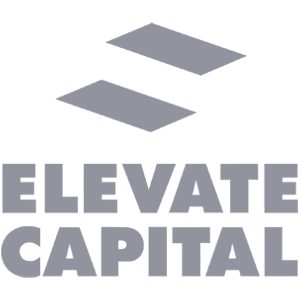 Elevate Capital is an inclusive venture capital fund that specifically targets investments in underserved entrepreneurs, such as women and ethnic minorities, or those with limited access regionally to capital and opportunities.

They believe there is tremendous opportunity to invest early and offer mentorship to these entrepreneurs—which is why they provide the venture capital and guidance they need to turn their startups into great companies.

In order to effort to continue to support this underserved group of budding entrepreneurs, Elevate Capital launched a new fund in 2020. Shortly after launching this fund, they received a 24-page RFP from an institutional investor.

Much to their surprise (and delight), they finished the behemoth of an RFP in the same amount of time it usually takes them to finish RFPs a sixth of the size.

“And there’s no way we could have done it so quickly and efficiently without RFPIO,” asserted Nitin Rai, the Founder and Managing Director at Elevate Capital.

Before the Elevate team implemented RFPIO, their RFP response process was confined to static Word Documents. Each collaborator would update a given Word Document using track changes or comments.

Several versions later, all the contributors would come together for an in-person meeting or conference call to go through the RFP, line-by-line, to make sure everything was accurate and up-to-date.

With RFPIO, they were able to work together all in one place, using in-app comments and @-mentioning. Nitin Rai described collaboration in RFPIO as “an amazing experience. Instead of going back-and-forth in 10 different versions of the same Word doc, we were working together in real-time. Working in RFPIO is what collaboration is supposed to be like.”

“We ended up producing a 75-page response from a 25-page questionnaire and we did in just three weeks. There’s no way we could have done it as well as we did without RFPIO.”

Because the collaboration process was so much easier, the Elevate Capital team was able to complete and submit a beautifully polished RFP in 3 weeks—the same amount of time it typically took to respond to RFPs that were 6 times shorter.

By eliminating inefficiencies from the response process, their team was able to quickly pull together a beautifully polished RFP—with enough time to spare to stay focused on their other responsibilities.

The future of RFP response at Elevate Capital

Now that Nitin has populated RFPIO with content relevant to Elevate Capital’s most recent fund, he and his team will be able to respond to future RFPs even more quickly.

Instead of writing each RFP from scratch, or searching through their hard drives to find previous RFPs, they can automatically respond to any repeat questions using RFPIO’s AI-enabled Auto Respond feature. The more RFPs the team responds to, the more accurate Auto Respond will become.

Nitin anticipates that Elevate Capital will quickly see a return on their investment—and he believes that an automated solution to the RFP response process is definitely something other venture capital funds would benefit from.

“After using RFPIO to respond to RFPs, I will never go back to a manual process—it has made a huge difference.”