The RFPIO team is proud to call Oregon our headquarters’ home state. There are many positives to living in a state with such natural beauty and delicious coffee. But Oregon, like many states, has its problems―particularly when it comes to economic inequality.

According to an article in Portland Monthly from earlier this year, Oregon ranks 13th in the U.S. for food insecurity. Sixteen percent of households in the state―around 103,000―are affected by this issue. A report about hunger from 2015 from the Oregon Food Bank says that people are still affected by the Great Recession of 2008. High costs of living and stagnant wages have made it difficult for many people to get ahead. 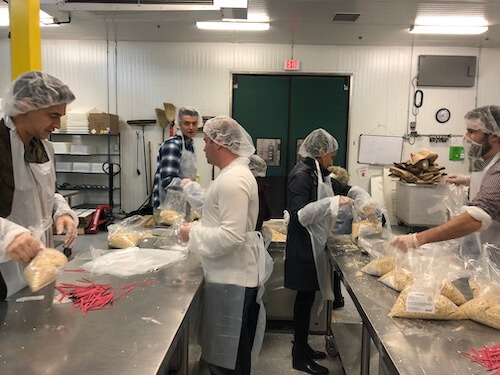 Food pantries like the Oregon Food Bank are helping to bridge the gap for those suffering from food insecurity. Their mission is “to eliminate hunger and its root causes…because no one should be hungry.”

We’ve worked with the Oregon Food Bank before through our ROI of Compassion campaign, and believe in their mission, so as part of our quarterly philanthropic initiatives and the season of giving, the RFPIO team spent an evening volunteering at the OFB this December. 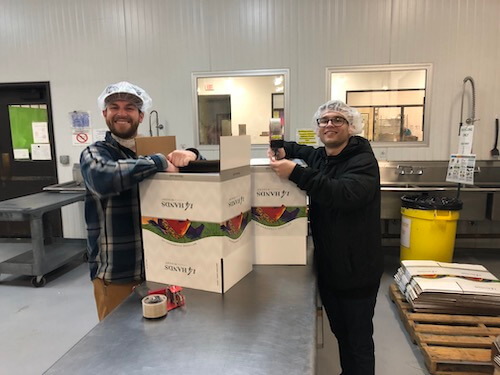 You never know exactly what you’ll be doing when you show up for a volunteer shift at the Oregon Food Bank. Our project was to fill up as many 2-pound bags of oats as we could in 2 hours. By the end of the shift, we’d bagged 11,026 pounds, equaling 9,188 meals or 139 meals per volunteer.

The OFB collects food from “farmers, manufacturers, wholesalers, retailers, individuals and government sources,” and distributes the donated food through a network on 21 regional food banks and around 1,200 food assistance sites that serve the state of Oregon and Clark County in Washington state. 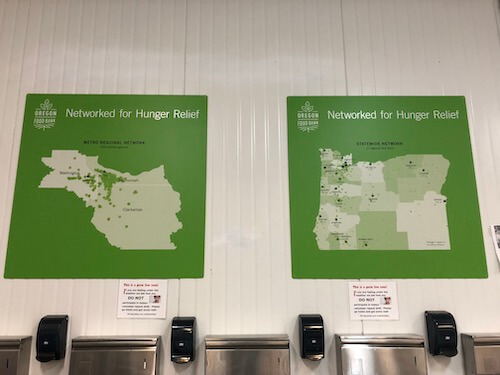 In solidarity with this organization and our fellow Oregonians, the RFPIO team asks those in the area to join us in supporting the Oregon Food Bank with a donation, volunteer support, or political advocacy. You can find more information at their website: www.oregonfoodbank.org.

Be the First to Know

we respect your privacy and take protecting it seriously

As the Communications Manager for RFPIO, Josie Fey aims to illustrate the value of RFP response technology through storytelling. Josie’s unique blend of experience as a B2B marketer and freelance writer inspire her to make software communications more approachable and entertaining. She has an MS in Journalism from the University of Oregon. Connect with Josie on LinkedIn.