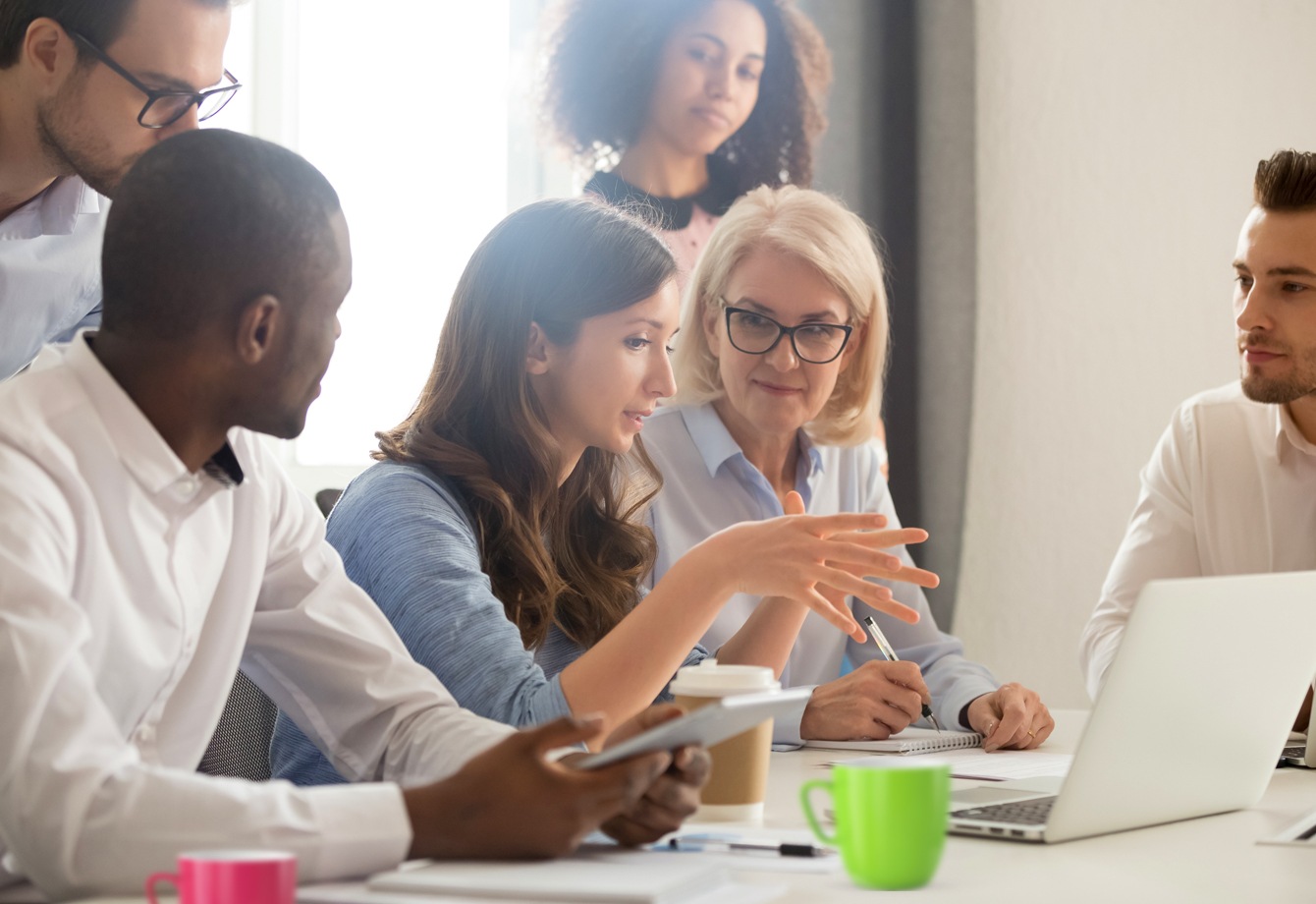 Oh Kramer! How times have changed since the days of Seinfeld. But there is something to be said about “Poise counts,” especially for Proposal Managers from the minute that RFP hits their inbox to the second before it’s due. We all know that being organized helps us from getting our hair in a twist and in this blog I’ll talk about how the integration between Microsoft Teams and RFPIO puts you in even more control of your team and deliverables, so not only will your proposal “own the catwalk” but you’ll be seen as a poised, reliable, and trusted proposal professional.

Many years ago I learned a valuable lesson about how important poise is to proposal professionals. While working as an independent consultant, I made the mistake of using an image on my business card of an over-caffeinated and disheveled “proposal veteran” with glasses broken and taped together. My intent was to display my commitment to hard work…something along the lines of, “Put this workaholic to work for you!”

Proposal teams don’t want their responses created through a frantic, chaotic process, no matter how hard the leader of the process is working. Organizations that rely on proactive responses from sales or reactive responses to requests for proposals (RFPs) – for a revenue stream – recognize that their response has to be an accurate reflection of the organization as a whole.

At Microsoft—where hundreds of sellers have RFPs in flight all over the world—RFPIO puts knowledge and organization at our fingertips so that all of our users (including 100 proposal professionals) can feel empowered to represent our organization’s mission statement “To empower every person and every organization on the planet to achieve more.”

We have adopted, capitalized, and evangelized the capabilities of RFPIO for about 7,500 RFPIO users and 25K+ re-usable assets. But it’s RFPIO’s integration with Microsoft Teams that has been a game-changer for knowledge sharing, user onboarding, and increasing efficiency.

In our “Resuable IP Team Site,” one of the first RFPIO channels we set up was our chatbot. RFPIO users at Microsoft use a chatbot to search our knowledge base for relevant content. We’ve essentially turned Teams into an on-demand knowledge base. We can:
● Use @commands to keyword search RFPIO for Q&A pairs.
● Preview top search results in the Teams chat window, or easily view all matching Q&A pairs in RFPIO.
● Control which Teams users have access to specific RFPIO Content Library content.

In this Teams site we added a QuickStart guide that provides an overview of what’s in the knowledge base, how the chatbot finds answers, and instructions for finding secure content.

All users are added to this Teams site and many have taken advantage of the chatbot. Because we can easily monitor this space, we’ve welcomed many new users who have asked for support either for a little hand-holding for finding content or to request content, that we quick-turn curate for future use.

The chatbot Teams channel QuickStart guide is one of many RFPIO how-to guides and best practices we make available within Teams. Posting to both the public (all users) and private (proposal professionals only) channels we regularly post “Did You Knows?” to keep everyone updated and informed – whether it’s important new content that has been recently curated, or a new feature, tip or trick, our RFPIO governance team remains visible and engaged with all users across Microsoft.

One of the most important Teams integrations that we have leveraged is that of pulling an RFPIO project into a Team site. We show new sellers how projects from RFPIO can be added to their opportunity in Teams and document all the RFPIO functions that can be performed in Teams without needing to switch between platforms. Having ONE “runway” definitely supports a cohesive response fabric.

Ultimately, the goal of using RFPIO is to give time back to sellers, subject matter experts (SMEs), Proposal Managers, and Content Managers.

With the Teams integration, we increase that time payoff because users can collaborate on RFPIO projects without the need to leave Teams! Through their RFPIO dashboard in Teams, users can monitor project status and:
● Control project visibility of 3rd-party/guest signers.
● See when and where others have viewed, edited, downloaded, or signed documents.
● Automatically store and retrieve previous versions of signed documents.

We can also execute essential RFPIO features in Teams such as analyzing project resources, assigning authors, and uploading documents.

We partnered with RFPIO to give everyone time back to focus on selling digital transformation. While it already helped break down silos, reduce inefficiencies and redundancies, and drive consistency and compliance, the Teams integration has allowed us to multiply those gains exponentially.