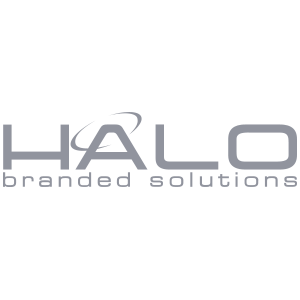 Lauren Daitz, the Senior Manager of the Proposal Department at HALO Recognition, knows that an effective proposal manager is someone who can lead projects, manage content—and does what it takes to get everything done on time.

But it’s also someone who has the right systems and tools in place.

Implementing RFP software is step one of transforming your proposal process. RFP software automates tasks and workflows, so you have the space for big-picture thinking. Still, an automated RFP response process is only as good as your system. You and your team must take your time when selecting an RFP automation solution.

In fact, Lauren tried multiple RFP software providers before landing on the one that worked for her team. If you are going through the vendor selection process yourself, see whether Lauren’s experience with different tools can guide you in the right direction.

Before RFPIO, responding to RFPs was complicated and frustrating

In fact, within her first 90 days of work, Lauren realized the Content Library had gotten so out of control with repeat answers she deleted the entire library and started from scratch.

However, even by starting with a clean slate, her five-person proposal team didn’t have the time and resources to maintain the Content Library—and her beautifully organized Content Library slipped away from her once again.

“Before RFPIO, we were using a legacy RFP software provider to respond to RFPs, but managing projects and content was a nightmare. Switching to RFPIO was a total game changer.”

Lauren needed a tool that had a comprehensive Content Library, outstanding project management tools, and was intuitive enough so everyone on her team could learn to use it without extensive training.

So Lauren decided to switch to RFPIO.

After RFPIO: User-friendly proposal software makes all the difference

When Lauren and her team started using RFPIO, she remembered responding to an RFP and thinking, “This…is not very hard. This is actually kinda easy!” And that’s been the feedback from everyone across her organization.

SMEs also love how easy it is to respond to questions. One of their SMEs has an RFPIO filter in their email and answers a few questions whenever he has a spare 15 minutes (or is stuck in an unnecessary meeting).

Not only does this streamline the RFP process, it also frees up brain space for Lauren — instead of wasting her time hunting down SMEs for answers, she can use her talent to pull together outstanding proposals.

When Lauren started at HALO eight years ago, she had five people on her team (including her). Since then, that number has gradually shrunk to just two.

Despite that, they’ve responded to 25% more RFPs in 2019 than the 6-year average. When her manager asked how she was able to hit those numbers, without all the extra resources, she replied, “Regular attendance at yoga class. And RFPIO. There’s no way we could have done it without RFPIO.” Her manager, an SME-turned-sales-management-team-member, agree that RFPIO has contributed immensely to the team’s efficiency.

“We’re up 25% over our average volume for the last six years and our staffing is down 50% at the same time. And we were still able to deliver every RFP on time or early and with 100% accuracy.”

One of the things that stood out most to Lauren about RFPIO was how dedicated they were to implementing customer feedback.

Lauren remembered a time that she suggested an idea about how she wanted a way to select all the tags and exclude the ones she didn’t want. Three weeks later, she saw her suggestion in the app — this all happened within her first six months as a customer.

And that’s what makes RFPIO different from the other software providers she’s tried. RFPIO is a people-first company. The community that RFPIO is fostering with and between their customers — that’s just not something you can get with any other software.

“Even though HALO is a relatively small customer compared to RFPIO’s other customers (like LinkedIn or Microsoft), RFPIO thought that my suggestion was important enough to implement in the app. And I’ve gotta say… it was pretty cool.”

Ready to drive change in your proposal process? Schedule a demo to see how RFPIO can help lead your team to greater success.