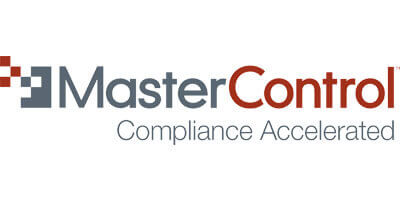 Recommendations to others considering the product

As far as I can tell, RFPIO is the ONLY software you should be considering if you get a lot of compliance questionnaires or see a broad variety of RFP formats. It seems like every single company who sends us an RFP or RFI is trying to stump the import, but unless they send us something in a truly obtuse format (looking at you, stupid little MS Word table text boxes/check boxes) we can usually get RFPIO to piece it together in a way that’s manageable.

I suppose that something like Qvidian which offers a custom solution could also manage that, but you’ll have to pay the price in terms of implementation time and actual dollar value.

What business problems are you solving with the product? What benefits have you realized?

We had no way of collaborating on RFPs in a meaningful way, and I usually ended up spending an hour just collecting all the responses and trying to wrangle them into a single document. Relying more on RFPIO eliminates some of the need for version control, and if I can get people more familiar with the guest response feature it may help reduce the time further.

The database is by far the most important part. Not only has it reduced the number of questions we have to send out, it allowed me to assign questions to a new employee and still get good results, even without them having a strong understanding of our software. It ended up working as an education tool for that individual. Just having it available in the same work-space via the right-side frame is enormously helpful.

We can’t really get consistent use out of the auto-respond function, but the one time it did work it was fantastic.

The import. No other solution had such a powerful and flexible import. We deal with compliance questionnaires a lot, and no two questionnaires looked the same. With RFPIO, we can easily tweak the import to make sure

The reason we eventually chose RFPIO over Loopio was because while Loopio could get some limited compliance questions (i.e. Enter 2 for “Out-of-Box”, 1 for “Custom”, etc) it didn’t store those responses in the database. RFPIO not only has more flexible configuration for those compliance questions, it actually does store the responses. It makes the database less able to accurately auto-fill, but I’d rather have a comprehensive record than a working auto-fill feature.

I’ve also enjoyed watching RFPIO grow as a software. Sometimes I’ll come into work in the morning only to notice that they snuck in a powerful feature while I wasn’t watching. As an example, they just added an ability to merge paragraphs when doing the markups for import. It was something I desperately needed, and all of a sudden the problem was just solved without a whole lot of fan fair. If you get RFPIO, you’ll notice dozens of these little improvements just sneak in, with your account manager announcing them in batches at the end of a development cycle. It always comes as a pleasant surprise.

Lastly, their support has been fantastic. At one point I botched an import and it completely destroyed system latency… but I thought the internet was just running slow. Within an hour, the RFPIO team had identified a pressing issue I didn’t know we had and contacted me to inform me and to help me fix it. It was a fantastic experience, even if I did end up feeling a little embarrassed.

What do you dislike?

It has been difficult to get SMEs outside of my department to adopt. It you are not in there using it all the time, some features come across as intimidating. We had complaints about the way boxes expand on selection, on not being able to easily see with a single click ALL the specific questions assigned to the SME, and just in general the number of clicks needed to accomplish tasks. Some of this boils down to education, but if an SME is just picking it up briefly to try to answer one or two questions, it will seem like a huge waste of time to them.

The interface for the most part is just fine, but part of the flexibility in the software comes at the cost of intuitive navigation. Returning to the section overview of the project takes two clicks (one to open the menu, one to click “return to section overview”), but completely leaving the project only takes one. Little issues like this can make the software a little opaque, especially to people who are not using it as often and aren’t used to its quirks.

Lastly, I really wish there was some way to set notifications to go off in batches, so if I can assign questions as I go rather than having to make sure I do it in a group to keep the SME from getting bombarded with notifications. Perhaps this is a non-issue and I just haven’t seen the solution, but I never remember to bring it up when speaking with our account manager.