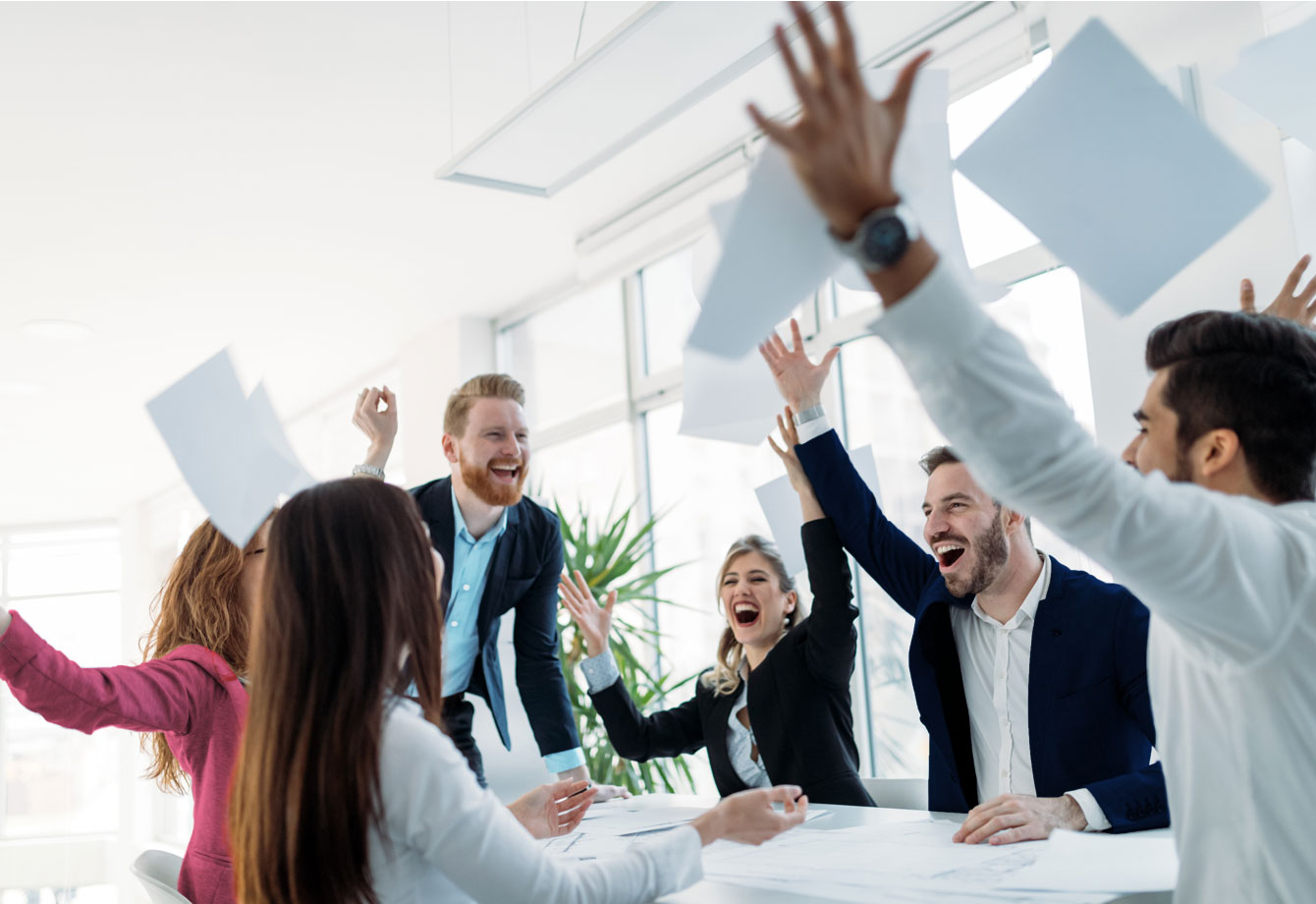 Stating your differentiator is a high probability when you’re responding to an RFP.

It’s a question that definitely shouldn’t be taken lightly. A generic response might be the deal breaker that benefits one of your competitors, while a compelling response serves as the tipping point that benefits your organization.

The differentiator question might come dressed in many ways, such as the following:

Whatever the question looks like doesn’t matter. What your response looks like is a different story. And, that’s why an absolute must for your RFP response strategy is clearly defining your competitive differentiators.

Recently the RFPIO team enjoyed the takeaways in APMP’s on-demand webinar, A World of Difference: Differentiate Yourself From Competitors. The presenter, Chris Sant, is a consultant and trainer who has helped companies in engineering, IT, banking, and HR improve their sales proposal process.

“Having real differentiators is how you become something that is not a commodity like everybody else. Research shows that strong differentiation results in twice the profit margin. If people want it, they will pay a premium for it.” – Chris Sant

Because the presentation was so insightful, we’re passing along a few nuggets from Chris to help you make your response to the inevitable differentiator question stronger than ever. There is no magic bullet with this one, but there are strategic steps you can take to position yourself above your competitors.

Are you really differentiated?

That’s the million-dollar question if we’ve ever heard one.

When Chris Sant presented on the differentiator topic at this year’s Bid & Proposal Con by APMP, he asked the audience of proposal professionals if they felt they were differentiating their organizations well. The lightbulb moment happened as everyone looked around to see the room filled with raised hands.

The majority think they have differentiators handled, but in reality there is plenty of room for improvement. Why does overconfidence happen in organizations? Lack of feedback and lack of an outside perspective influence this behavior.

Because proposals are often rushed out the door, sliding the boilerplate response in that says you’re “uniquely qualified” ends up being the quick fix. But a quick fix won’t win deals in a highly competitive space.

“Ask executives whether their company’s offerings are differentiated and about 80% will say yes. But ask customers of those companies the same question and only about 10% will agree.” – Harvard Business Review

You’re uniquely qualified…like everybody else

You might be in the proposal professional camp who believes your differentiator game is strong. However, your prospect sees the exact same proposal over and over.

And, guess what? They all claim the organization is “uniquely qualified.” What you see and what they see is entirely different. When RFPs are indistinguishable from one another, they are called proposal penguins.

Proposal penguins generally use one of two types of fake differentiators:

Do you want your proposal to get lost in the waddling group dressed in tuxedos? Or, do you want to stand out?

Differentiation absolutely matters to your prospects

In the modern age companies and agencies are using proposals as the touchstone for making the purchasing decision. Proposals should be seen as co-equal with sales, not as sales support.

So, do clients want to know your differentiators and what makes a vendor unique? Chris revealed the answer in a survey of managers across the U.S., Canada, UK. 92% said they want to know.

When we are swamped with proposals, it is very easy to get caught up with ourselves. During the everyday hustle and bustle we fall back on the hard sell. We feel we need to convince the prospect, but forget that these are real people that are trying to make real decisions.

“The client does not know about your differentiators if you don’t tell them.” – Chris Sant

It is our responsibility to talk about our differentiators in a compelling way that makes sense. The RFP response to this question is a grand opportunity to speak to your organization’s value. If you do this well, it helps your client understand and it helps you win more.

Truly knowing your differentiators is more involved than crafting an extraordinary response on your next RFP. Because it involves your entire organization.

Silos and lack of ownership will prevent strong differentiation from happening.

Departments must work together to unify the company’s vision and messaging—and eliminate silos holding a team back from reaching their potential. Someone involved in the proposal process needs to take charge of the differentiation strategy, or it will continue to be glossed over by busy team members.

Including claims about being “innovative” and repurposing generic product descriptions won’t provide value or give you leverage when you’re competing against other organizations. Understanding and demonstrating your differentiators effectively will give you the competitive advantage.

The more the client desires what you have, the less they are going to be willing to move onto the next vendor.

Okay, so what is a differentiator?

A differentiator is anything that is both rare and adds value. If it’s rare, but it does not add value, it is trivia. If it adds value, but it isn’t rare then the client doesn’t understand why they need you. The proposal should be built around why we are better than everyone else.

Chris really hits a good point home in explaining the purpose of a proposal. Proposals are all about a prospect’s sources of distress and desired achievements. We have to move prospects from the distress phase to the achievement phase.

Take a good luck at your differentiator response and run through this checklist:

If you can answer these questions with confidence, then your RFP will be in a more favorable position when your prospect is sifting through the pile of proposal penguins. A clear demonstration of value and what’s in it for them will get you noticed.

Clearly defining your differentiator is a worthy organizational exercise. Your prospect wants to hear the reason why they should choose you. So make it easy on them by presenting a thoughtful response to every question on the RFP—especially the differentiator one.

Make incremental improvements in your RFP response process and you will be rewarded. Put the effort in, and give them an unbeatable reason to choose you over someone else.